The upgrader was the centrepiece of the Long Lake SAGD project when it started operating in fall 2008. Its combined OrCrude and gasification processes were expected to reduce costs by lowering dependence on natural gas. But, largely because the project has been unable to achieve its design capacity and associated economies of scale, the operating costs have been astronomical.

Operating statistics for Long Lake have not been publicly disclosed since the $15.1-billion acquisition of Nexen by CNOOC in late 2012. Nexen’s financial statements for the third quarter of 2012 include a realized price of $80.13/bbl for Long Lake crude, with $77.36 in per barrel operating costs.

Nexen chief executive officer Fang Zhi told reporters in July that shutting down the upgrader had been decided in order to maintain the project’s economic viability. The recommendation had been made by an “oilsands business continuity team” that was established after the explosion to consider the longer-term economic viability of the Long Lake asset, Zhi said.

The project will move to SAGD only “in the interim.”

“CNOOC Limited’s acquisition of Nexen was made with a long-term view to acquire a strong and diverse portfolio of long-term assets. CNOOC Limited remains committed to growing its Canadian production profile and our oilsands assets are an important component of this strategy.”

Here's a look back at the development of Long Lake.

50-50 partners Nexen and OPTI Canada file the regulatory application for an integrated 70,000-bbl/d project at Long Lake using SAGD and OPTI’s proprietary OrCrude upgrading technology. The facility would be the first in situ project to have an integrated on-site upgrader, the first commercial use of OrCrude and the first commercial application of gasification in Canada. One of the key drivers for the technology was to reduce natural gas consumption and costs. Suncor was OPTI’s original partner but backed out.

Nexen and OPTI start operating a SAGD pilot at the Long Lake site. 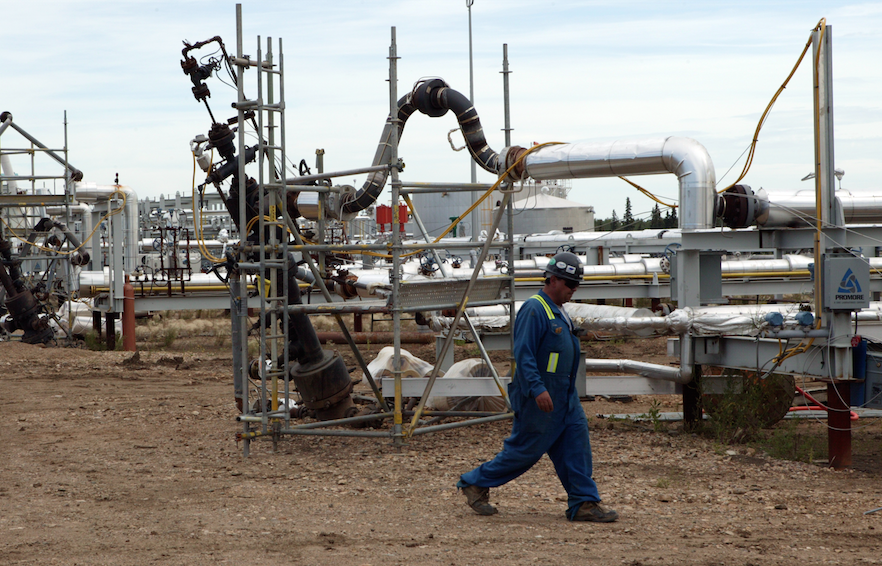 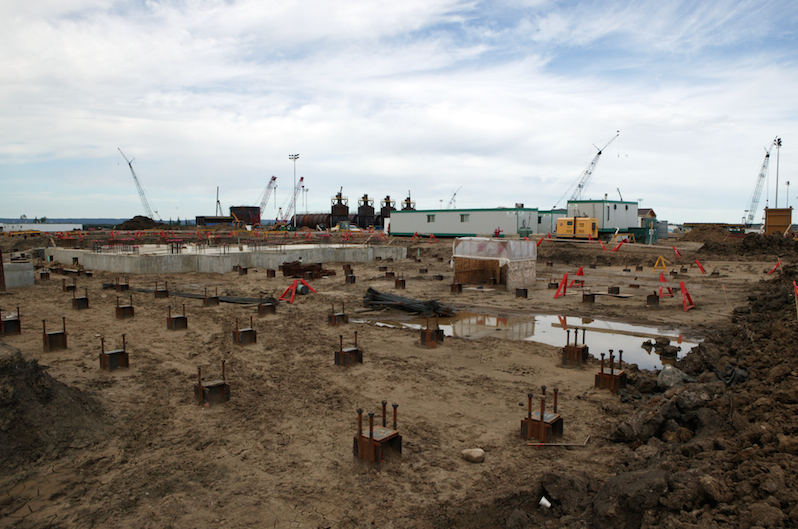 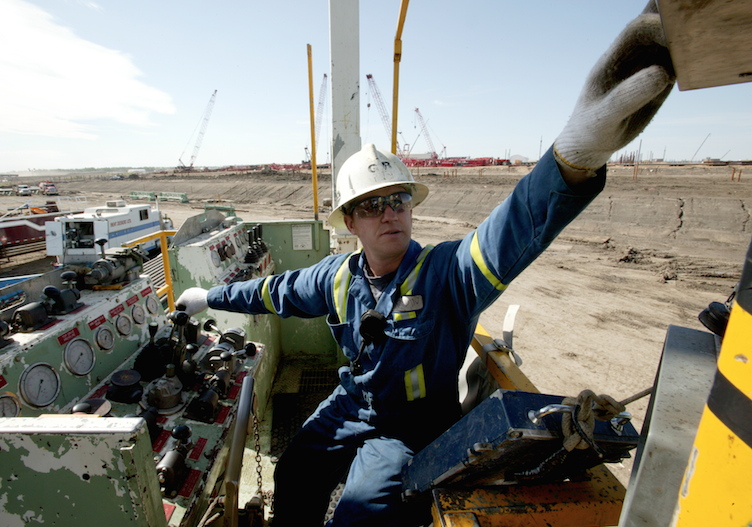 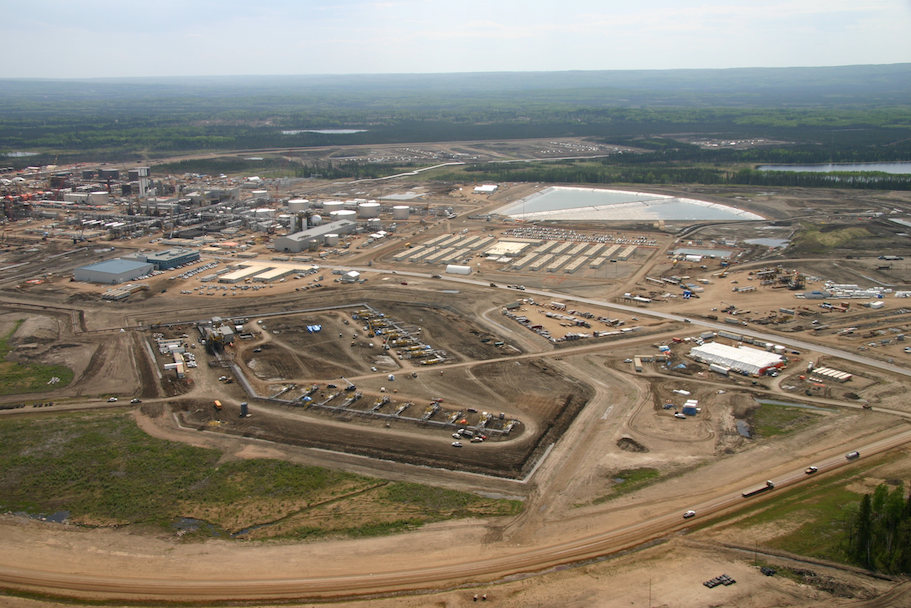 Construction is completed and first steam is achieved. Nexen operates the SAGD silos while OPTI operates the upgrader. The two companies apply for Long Lake South, a two-phase 70,000-bbl/d bitumen production project designed to fill the upgrader to its approved capacity of 140,000 bbls/d.

First oil is achieved at Long Lake Phase 1, followed by start-up of the upgrader. Capital cost is finalized at $6.1 billion. According to data from the Alberta Energy Regulator (AER), production reaches 15,000 bbls/d before the end of the year. Unfortunately, it would be stuck near that level for the next year. 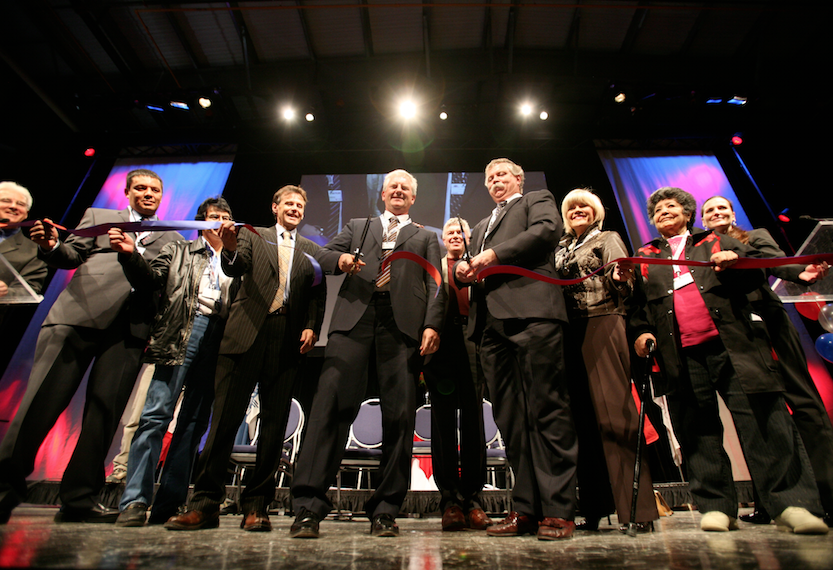 Nexen acquires a further 15 per cent ownership of Long Lake from a financially challenged OPTI and takes over operatorship of the full project.

CNOOC acquires OPTI for approximately US$2.1 billion, and acquires its 35 per cent ownership of Long Lake. 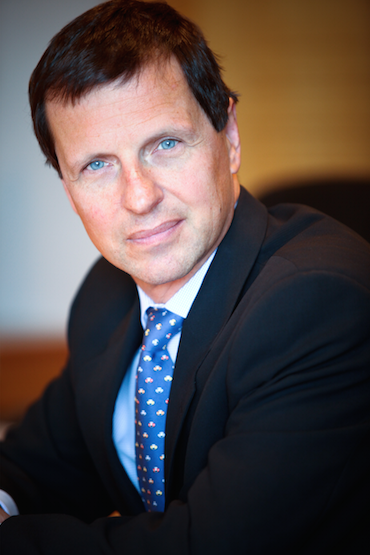 In 2011, OPTI Canada CEO Christopher Slubicki sold the company, and its only asset, to CNOOC. Image: Joey Podlubny/JWN

Approval is granted for Long Lake South; Nexen renames the project Kinosis and starts construction on the first 20,000-bbl/d phase, designed to fill the upgrader. CNOOC announces it will acquire Nexen for $15.1 billion, including full ownership of Long Lake. The deal prompts the Government of Canada to adjust its foreign investment rules going forward in order to limit the control state-owned oil companies can have over Canadian oilsands assets. 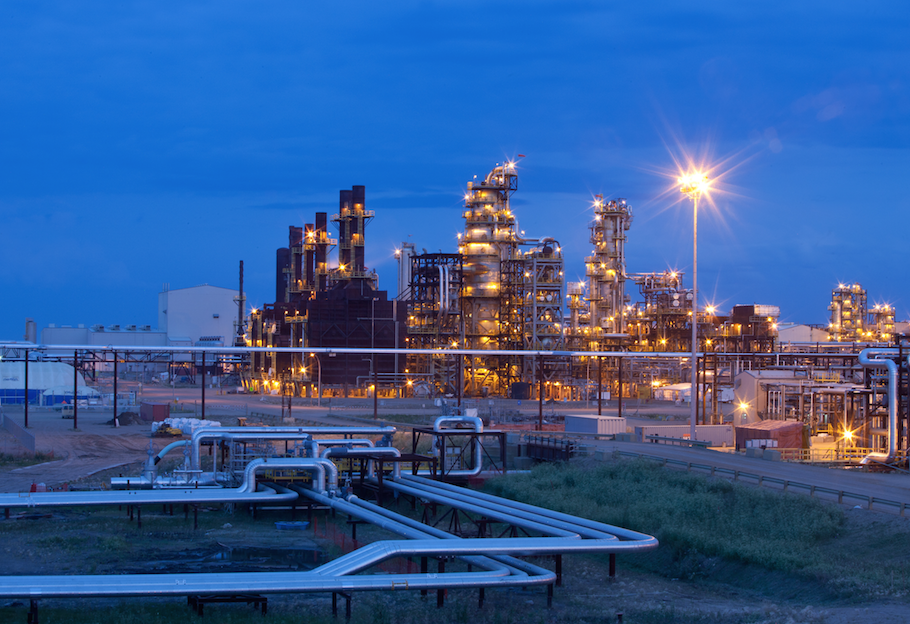 In 2014, Nexen commissioned a 20,000-bbl/d capacity expansion called Kinosis, designed to fill the upgrader, which had been significantly underused since the project's 2008 start up. Image: Nexen

A pipeline that is part of the Kinosis SAGD expansion ruptures, but goes undiscovered until July due to failure of the automation leak detection system.

The pipeline rupture is identified. It is described as one of the largest onshore spills in North American history, spilling about 31,000 barrels of bitumen emulsion. The AER issues a project suspension order in August following Nexen’s voluntary self-disclosure of pipeline noncompliance. The AER lifts the suspension order in stages starting in September, and its related investigation continues. In 2015, production reaches 50,000 bbls/d. 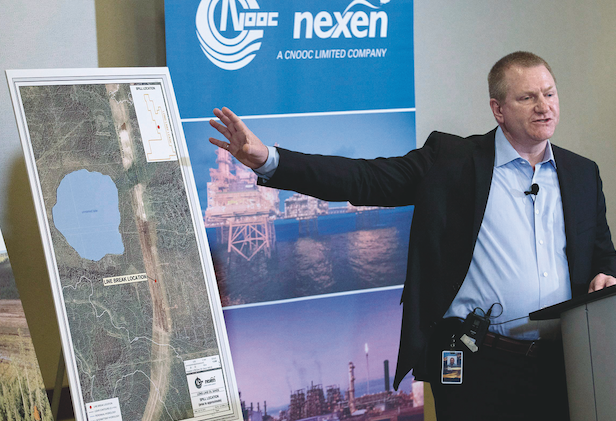 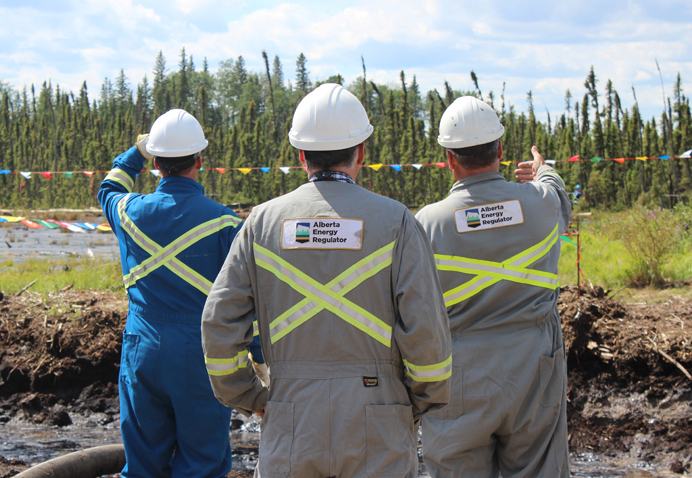 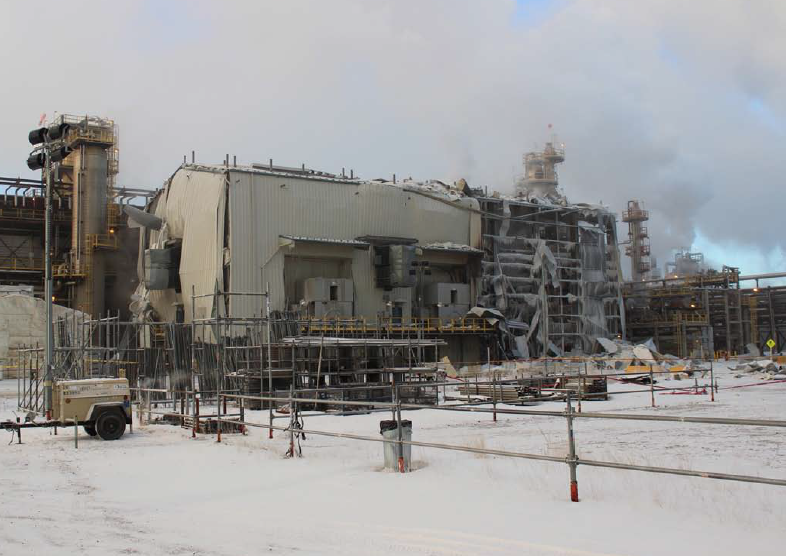 View of the upgrader unit damaged by the January 2016 explosion that killed two Nexen employees and market the beginning of the end for the integrated facility. Image: Nexen

Nexen announces the results of its root-cause investigations for both the pipeline rupture and the hydrocracker explosion. The pipeline rupture is blamed on incompatible pipeline design for the muskeg conditions, which Nexen blames both on itself, but also on its contractors and subcontractors. The explosion was “a result of work being performed that was outside of the scope of approved work activities.”

Nexen says the upgrader will be moved into winter preservation, or “cold stack” mode, with no timeline for restart. Long Lake will operate as SAGD only. 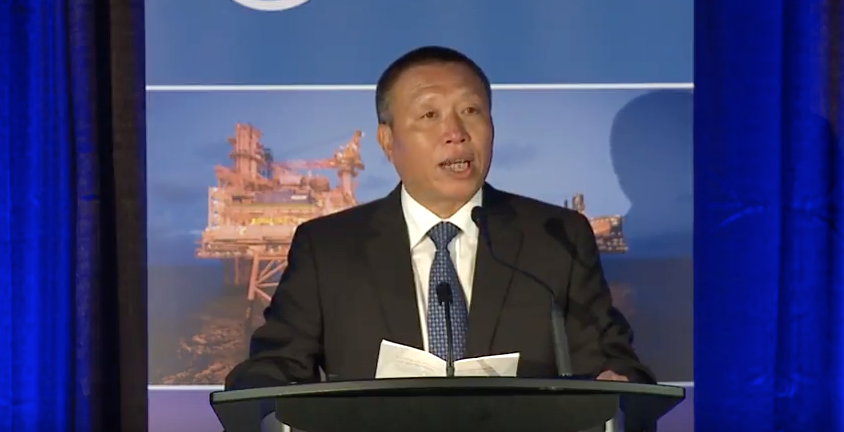 Nexen CEO Fhang Zhi tells reporters that the Long Lake upgrader will be shut down as the company considers its long-term plan for the project. Image: Nexen 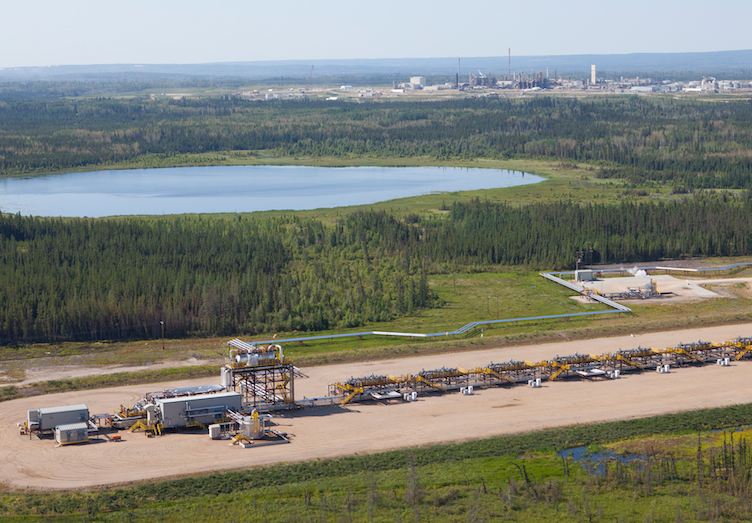 What's left: Operating as SAGD only, Nexen's focus will be on its well pads, like this one, and a central processing facility that does not include upgrading operations. Image: Nexen

Like this? Read more in the latest issue of Oilsands Review.

Suncor might be getting ready to buy the Long Lake upgrader, and here’s why
Does the future include Long Lake at all?
Government releases final report into anti-Alberta energy campaigns
How Suncor Energy is navigating a net zero world
Navigating in a Net Zero world
Oilsands majors accrue $7.8 billion in free cash flow