With the close of registration for the $20 million NRG COSIA Carbon XPRIZE today, the “Grand Challenges” organizer credited with launching the private aerospace industry named two Canadians its Carbon Challenge Advisory Board to offer their insights and guidance.

Gupta’s strength is collaborative research that brings new science and technologies from other industries to improving the sustainability of oilsands production. In his 25-year engineering career, Gupta, who holds a PhD from the University of Calgary, has led the development of solvent-based recovery methods in the oilsands, researched ways to model new reservoir processes and explored alternate methods of carbon sequestration. 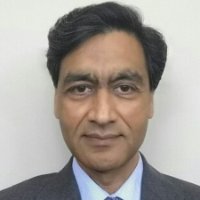 At AI-EES, Isaacs was responsible for Alberta’s strategic directions and technology investments in the areas of energy, renewables and emerging resources. He holds a Ph.D. from the University of Alberta and has over 70 publications and six patents in the energy field.

At the close of registration for the NRG COSIA Carbon XPRIZE (NRG is a leading integrated power company in the U.S. and COSIA (Canada’s Oil Sands Innovation Alliance) is an alliance of 13 oil sands producers, representing 90 percent of Canadian oilsands production), a total of 47 entries from seven countries are competing for the cash incentive aimed at accelerating breakthrough technologies to convert CO2 into one or more products with the highest net value.

Twelve of the entries come from Canada. China, India, Finland, Switzerland and Scotland each have a team in the competition and United States provided the balance of the entries.

The entrants include a father and son team and a high school-led group, university scientists taking cutting edge technology out of the lab and into the world, as well as high-profile startup companies.

The Carbon XPRIZE features three rounds of competition. In Round 1, a shortlist of up to 15 semi-finalist teams in each track will be announced on Oct. 15, 2016. In Round 2, teams will demonstrate their technologies in a controlled environment using a simulated power plant flue gas stream, with up to five teams in each track moving forward and sharing a $2.5 million milestone purse.

Round 3 involves scaling up the technology demonstrations to real world conditions, with access to two test centers adjacent to existing power plants. In each track, the winner will be awarded a $7.5 million grand prize.

“The Carbon XPRIZE is harnessing global innovators to reimagine carbon and change it from a liability into a resource, from a waste into a valuable product," said COSIA chief executive Dan Wicklum.

"As a scientist, I know from experience that when you focus a challenge and incentivize smart people to think about how to address that challenge from different angles and different perspectives, good things happen."