EPCM firm Vista Projects says it has been able to help significantly decrease the projected capital cost of an upcoming greenfield oilsands project by integrating advances in engineering technology.

The company recently completed what it describes as the oilsands industry’s largest and most comprehensive implementation of a digital engineering environment for a new oilsands project’s front-end engineering and design (FEED).

According to Vista principal and project manager Patrick Reilly, the success is thanks in part to a business environment where people are willing to take larger risks.

“In the engineering world, a lot of guys want to stick with what works. There is lots of resistance to change. Typically when you are rolling out something new, the first iteration of it you’re getting some benefit but you’re also overcoming all these hurdles of change. We didn’t have as much of that resistance to change,” Reilly told jwnenergy.com.

“I guess it is largely because of the team we had and I think you could probably attribute some of that to the market. Everybody is driving to lowest cost so people are willing to change more easily given the nature of the market, where the status quo is not going to be good enough anymore.”

The company says with the FEED phase ending this quarter, it expects to complete the project 16 percent under budget—delivering efficiencies greater than originally expected.

“This and a number of other factors have allowed us to reduce the cost of an oilsands facility significantly, and I’m not just talking about the engineering cost. The overall total installed cost is going to be reduced significantly versus the previous benchmarks or best in class facilities that are out there right now,” Reilly said.

“It’s pretty exciting I think that it could increase the viability of the sector.” 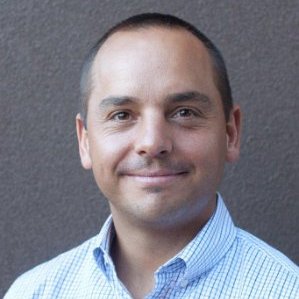 Powered by AVEVA integrated engineering and design, the digital engineering environment builds on over a decade of work with 3D modeling.

“This is the first project where we really integrated all the data from all the different sources, not just 3D models but all the project data in sort of one consolidated view,” Reilly said.

“It gives people like the client, project managers, project engineers all of the information about the project sort of right at their fingertips quickly and easily and with high confidence that it is all correct.”

People from other industries might not think that is a big deal, he said, but it is in oil and gas.

“The fact is that even as of a few years ago, typical engineering projects would have been working with out of date information or information that is not always 100 percent correct and validated. Projects in the oil and gas industry typically spend a lot of time either searching for information or trying to reconcile information from different sources and they typically haven’t taken advantage of technology the way we have recently.”

CNOOC Ltd. has paused a planned sale of its UK North Sea portfolio, which could have been valued at as…