There is great debate underway about Canada’s carbon dioxide emissions and how the country should work to reduce them, and perspective on the global picture is important.

The oilsands has been called “the world’s biggest carbon bomb,” with the pipelines and tankers that connect production volumes to markets “the fuses that threaten to set it off.” The Canadian Association of Petroleum Producers often cites the statistic that Canada’s oilsands represents less than one-tenth of one percent of global carbon emissions.

According to the World Resources Institute, Canada does rank in the top ten emitters around the world.

It also ranks high in per capita emissions and emissions per gross domestic product.

Despite that, in terms of cumulative emissions, Canada’s wedge of the pie is small. 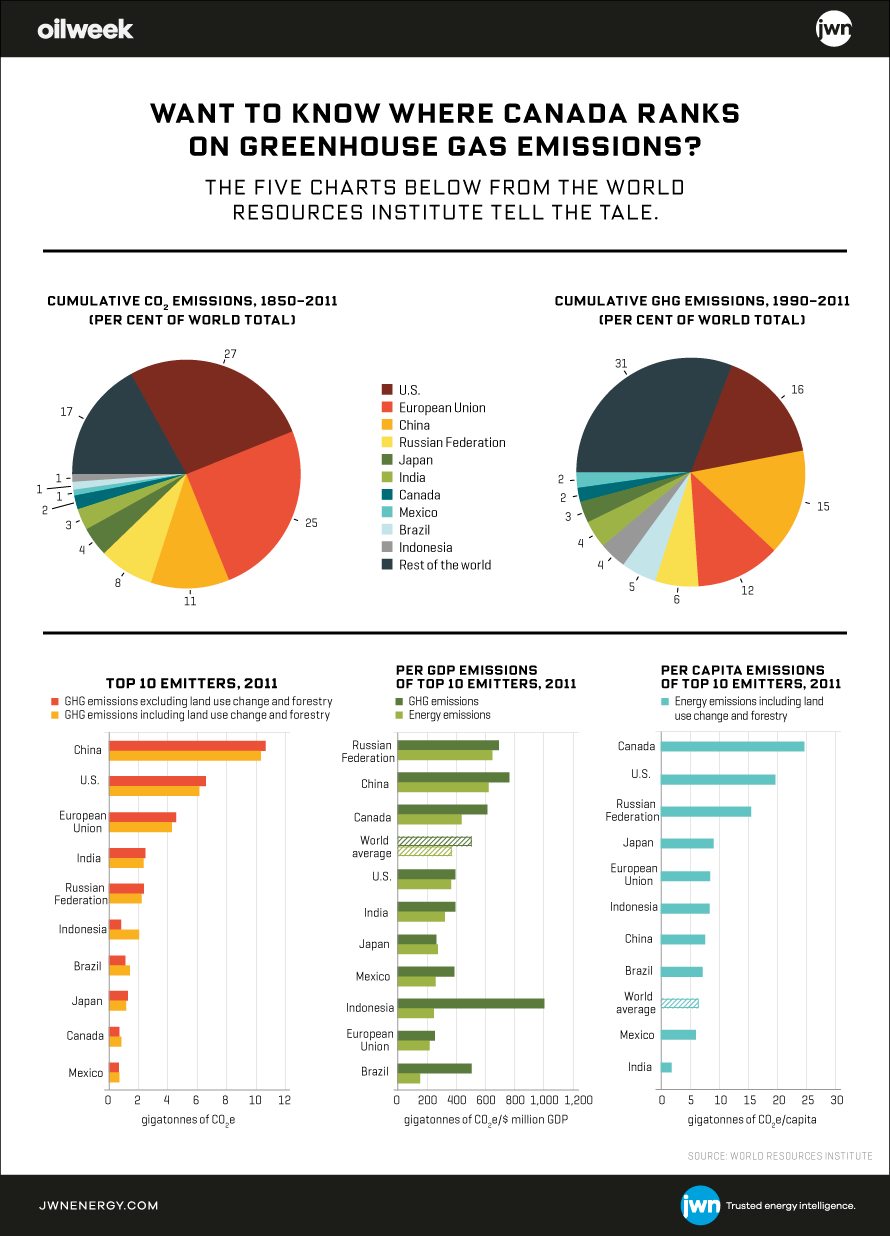