The project, called Selina, would be located nearby Pengrowth’s high-performing Lindbergh SAGD project, south of Bonnyville within the Elizabeth Metis Settlement.

Koch’s application estimates a $512 million capital cost for the project, which is an investment of about $41,000 per flowing barrel.

The application says that construction is expected to take 12 months, starting in late 2018.

In March, Koch withdrew its application for the proposed Dunkirk SAGD project north of Fort McMurray, a phased 60,000-bbl/d facility with a 2,000-bbl/d demonstration phase.

In June 2014 the company received regulatory approval for the 10,000 bbl/d Muskwa SAGD pilot, located south of Fort McMurray, but has yet to commence construction. 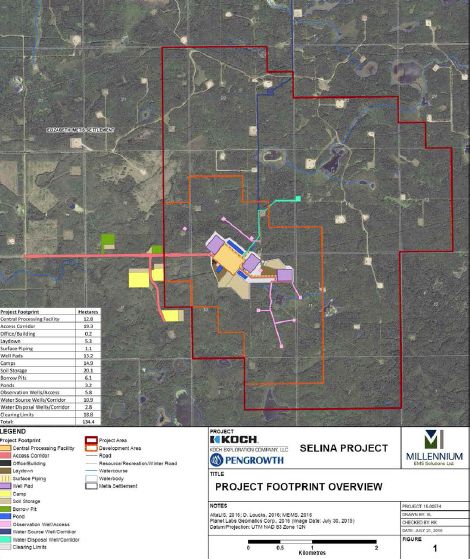 Pengrowth recently received regulatory approval to expand its Lindbergh SAGD project by 17,500 bbls/d, for a total of 30,000 bbls/d.

Data from the Alberta Energy Regulator shows that the project has consistently performed well. Pengrowth successfully achieved nameplate capacity at Phase 1 within six months of start up, with latest AER data showing an average steam to oil ratio of about 2.3:1.